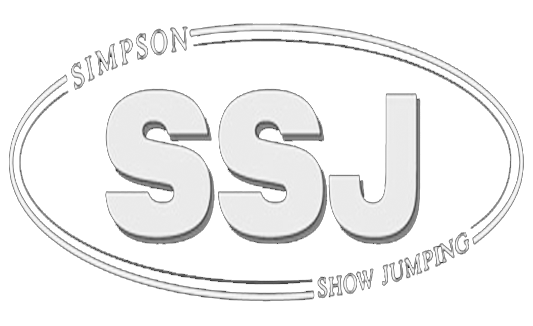 Nicki is one of only 11 riders to win both the ASPCA Maclay National Championship and the U.S. Medal Championship, two of the United States’ most prestigious titles for junior riders.

Nicki was given the nickname “Catch Riding Kid” as a junior for her ability to compete on horses she had never ridden and win. She became famous for retiring every best child rider trophy at all the major horse shows in the US. Shahinian-Simpson made her Grand Prix debut on the 1993 Florida circuit qualifying for the American Invitational, making history again as the youngest rider to ever compete and did it riding a horse she never competed on before.

Following a successful career as a junior rider in the East, Nicki moved to the West Coast where she continued to place well in major Grand Prix events. She has competed in the US, Mexico, Canada, and Europe with major wins and placings, culminating in nearly 35 career Grand Prix victories thus far. Some of her career highlights include: winning the U.S. Trials for the 2010 World Equestrian Games; she was a member of the U.S. Team at the 2002 FEI World Equestrian Games in Jerez, Spain; short-listed for the 2008 U.S. Olympic Team; and has received a Leading Rider Award at Spruce Meadows in Canada.

Throughout her career, Nicki has competed in seven FEI World Cup Finals, including 1997, 1999 and 2001 in Gothenburg, Sweden, the latter of which she placed ninth and was the highest-placed U.S. rider. She also competed at the 2003 and 2005 Finals in Las Vegas as well as 2004 in Milano, Italy.

In 2020 Nicki won the $134,000 2020 CabanaCoast Grand Prix CSI3* (for the second year in a row) aboard Akuna, one of three full siblings born from embryo transfers out of her former USET team horse SRF Dragonfly. and also won the $36,600 CSI4*-W Turkish Airlines Classic at Deeridge Farms. The pair also finished 4th in the $401,000 Fidelity Investments® Grand Prix CSI5*

On June 19 at Split Rock in Lexington, KY, Nicki & Akuna Mattata won the FEI Welcome Class and were 4th in the FEI Grand Prix. On July 4 in Tryon, NC they won the 3″ Grand Prix and finished 2nd in the 3* Grand Prix on July 18.

In 2019 the pair also took top honors on the West Coast, winning the $100,000 1.50m Gold Tour Grand Prix CSI 3* at the Blenheim Spring Classic III in California, before heading back East to the Devon Horse Show where they took home their first win together in the famed Dixon Oval after clinching the $50,000 Jet Run Devon Welcome Stake CSI4*.

Nicki has two children, Sophie born in 1997 and Ty born in 2001. Both are professionally active in the business, following in her footsteps.